How did Uruguay convert into an IT Hub?

When people talk about the software and IT industry in Uruguay, the country is well known as the “Silicon Valley of South America”. Its fast-paced innovation environment and skilled workforce makes Uruguay a high-quality technology exporter and one of the most prominent technology markets in Latin America.

Because of the rapid growth of the software industry in the country, major U.S. software and IT firms have been established over the past decade. Companies like IBM, Microsoft, Oracle, Netflix, Cognizant, NetSuite, and VeriFone, among others, have set foot in Uruguay and hire Uruguayan talents.

According to experts of the Uruguayan Chamber of Technology (CUTI), this number will continue to increase over the next 5 years. So, you might be wondering how can such a small country of only 3 million people could achieve such a feat?

Below , we will tell you 5 reasons Uruguay has converted into an IT Hub in Latin America.

Uruguay is the second digitally-ready country in Latin America after Chile, according to the Cisco Global Digital Readiness Index. The report aims to measure the level of digitization that is needed to achieve competitive advantage and boost economic growth.

Uruguay has a robust Internet penetration rate of 83.4%, and one of the fastest download speeds in Latin America, ranging from 30 to 120 Mbps. 1 Almost all homes and businesses have access to high-speed Internet connections, of which 75% have fiber optic access. The state-owned telecommunications company, Antel, plans to provide full coverage of the country's fiber optic network by the end of 2022. 2 Isn’t it  great for companies and even families at home, to know that they have one of the fastest speeds in the continent?

Also, Uruguay is the leading country in the region in terms of 4G-LTE mobile communications, with a 63.3% penetration rate, and one of the first countries to launch a 5G commercial mobile network (#1 in LATAM and #3 in the world).3

In addition, it is the number one country to adopt the IPv6 protocol in Latin America and #8 in the world, according to the Google IPv6 country ranking. Moreover, it has one of the best Data Centers in Latin America with several underwater connection systems to numerous countries such as the U.S, Brazil and Argentina.

In 2021, Google announced the construction of a Data Center near Montevideo (the capital city of Uruguay), its second in Latin America. Google stated that the investment:

“(...) reinforces Google's commitment to Uruguay and Latin America and  to the development of the local technological ecosystem”. 4

Uruguay is a member of  Digital Nations, a collaborative forum of the world’s most advanced digital governments that aim to use technology to improve citizens services. Currently, the forum has 10 members, such as Canada, Israel, Denmark and New Zealand, who promote digital inclusion and accessibility, open government, digital citizenship, among others.

Uruguay ranks #1 country in terms of e-governance in Latin America, according to the United Nations.

The various characteristics of Uruguay's business climate and technological advancements make it an ideal location for global service providers.

In order to drive sustainable technological growth, Uruguay’s main investment was, and still is, its people. The country is committed to ensuring that everyone has access to high-quality education and promoting digital inclusion.

The public education system in Uruguay is recognized as one of the best in Latin America, with the highest population literacy rate of 99%.  5

Uruguay was also the first country in the world to provide a laptop computer to every public primary and secondary school student and teacher.

The One Laptop Per Child government program (nationally known as ‘Plan Ceibal’), which was launched in 2007, has promoted the country’s digital literacy rate bridging the gap between the poorest and richest households.

High school students can also take advantage of several tech public programs that are available through the University of Work (UTU), such as Networks and Softwares, Telecommunications or Networks and Optical Communications. This way, students are then familiarized with IT jobs and educational opportunities they can choose to pursue when they finish high school.

Uruguay’s state University, University of the Republic (UdelaR),  is known for its  high quality education. It has been consistently ranked among the best universities in Latin America, ranking #1 in the country and #21 in the region, according to a survey conducted by the U.S. World News & Report. 6

In addition, private universities are also shining in the software and IT field. They are hiring more experts and providing internships to some of the most prominent tech companies. This is the case of ORT University, which offers a wide range of degrees in technology such as video games design, animation and art.

The wide range of  courses Uruguay has to offer,  makes following an IT career more tempting and easy to achieve.

According to the Financial Times:

“More than 1,000 software development companies now operate in the nation of 3.4m people, generating almost $1bn in exports — mostly to the U.S. That makes it one of the world’s leading software exporters in per capita terms”. 7

The U.S. is Uruguay's largest export market, accounting for 65% of the country's tech revenue. Uruguay is getting the recognition of the “Silicon Valley of South America”, thanks to the investments made to develop its tech industry and the country's relationship-building efforts with the U.S, through its investment promotion agency, Uruguay XXI.

Uruguay XXI, has been strongly marketing the country's tech companies in the U.S. It has also been able to establish a variety of platforms for its companies, such as the country's own country pavilion at the annual tech conference in Silicon Valley, known as TechCrunch Disrupt.

For the second year in a row, in 2021, the Bank of the  Oriental Republic of Uruguay (BROU) has recognized our company, KAIZEN Softworks, as the country's Largest Exporter of Information and Communications Technology (ICT) services.

Uruguay is an innovation and entrepreneurial hub. Especially the capital, Montevideo, where the startup scene is promising due to its technological achievements. From the first pacemaker to the development of a mammography exam, the country has been able to create some truly remarkable innovations.

In June 2017, 500 Startups, a leading startup accelerator, announced that it would be launching its operations in the country. Through the Montevideo Accelerator Program, the goal was to help early-stage companies grow and attract the necessary resources to succeed.

Also, in 2017, the country's telecommunications company, Antel, partnered with Google to build a fiber optic cable that will link the U.S and Uruguay. This will also help greatly with communications in the long run.

Evan Henshaw-Plath, the co-founder of the company that later became Twitter, moved from the U.S. to Uruguay to found his own company in Montevideo. He explains the growing interest in Uruguay from the American tech industry as such:

“Uruguay is a remarkably open place when it comes to attracting talent”.9

Frederick Terman, a Stanford University professor and one of the core founders of Silicon Valley, introduced the co-working spaces before the term was even coined, by allowing students to use university facilities to start their own businesses.

Co-working facilities are the incubator places for Uruguayan startups. These are dedicated facilities that provide a space for freelancers and entrepreneurs to lower their initial startup costs and address the isolation that many people experience when they work from home. Sinergia Cowork, Del Plata Office and Smart Office are some of the biggest groups of co-working spaces in Montevideo.

One of the advantages of working with Uruguayan companies is that it's only an hour ahead of the U.S. Eastern Time Zone (EST +1). This greatly impacts on the  workflow and the success of any project. By sharing every office hour, Uruguayan companies and developers can work as if they were side by side with their U.S. partners, improving collaboration.

These are some of the reasons why Uruguay is associated with quality. Today, international companies choose Uruguay as a place to develop technological products and services and as a place  to launch their operations to the rest of Latin America.

Without a doubt, the software and IT industry in Uruguay is constantly growing.

Its time zone similarity with the U.S., the high quality of tech talent, and its competitive cost-benefit rate of software development services makes the country an extremely attractive place for U.S. companies seeking this type of service.

U.S companies can lower their software development costs by working with companies from Uruguay, without compromising the quality of work. What’s best here is that although you pay a lower price for software development services from Uruguay, the high quality of work we provide is on a par with any company you could hire within the U.S. Thus, an excellent cost-benefit makes Uruguay a great choice to seek this service.

As an Uruguayan company, at KAIZEN Softworks, we care about meeting the needs of our partners through constant improvement and innovation. We not only have high standards for software development talent and quality of work, but we also seek to provide a holistic approach to what it means to outsource software development services.

To achieve innovation and high levels of productivity, we provide support in project management and  consulting services to improve our partners' internal processes, and in technology mentoring for team members of our clients, among other initiatives that make up the DNA of our people and company.

I invite you to learn more about who we are and our work. Thanks for reading! 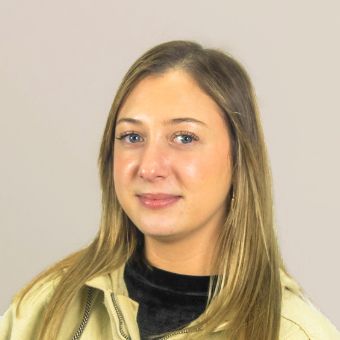 We are so happy to announce that we have been recognized as an award-winning company in the United States by TechBehemoths, for our expertise in #CustomSoftwareDevelopment, #MobileAppDevelopment and #ECommerceDevelopment. Established in 2019, TechBehemoths serves as an international connection point for software development firms and clients. With a focus on two key groups, the platform is designed to cater to the needs of both reputable, trustworthy, and experienced IT service providers seeki

After a successful pilot of our Design Thinking Workshop in August, we knew we had to come back for more. We had an incredible full attendance from across the company, and Pablo Manzoni, leader of our UI/UX team, did a fantastic job leading the workshop. Design Thinking is all about taking a step back from the problem at hand, rethinking it from a different perspective, and looking at it as if it were an experience rather than just another project. It’s about understanding the problem before